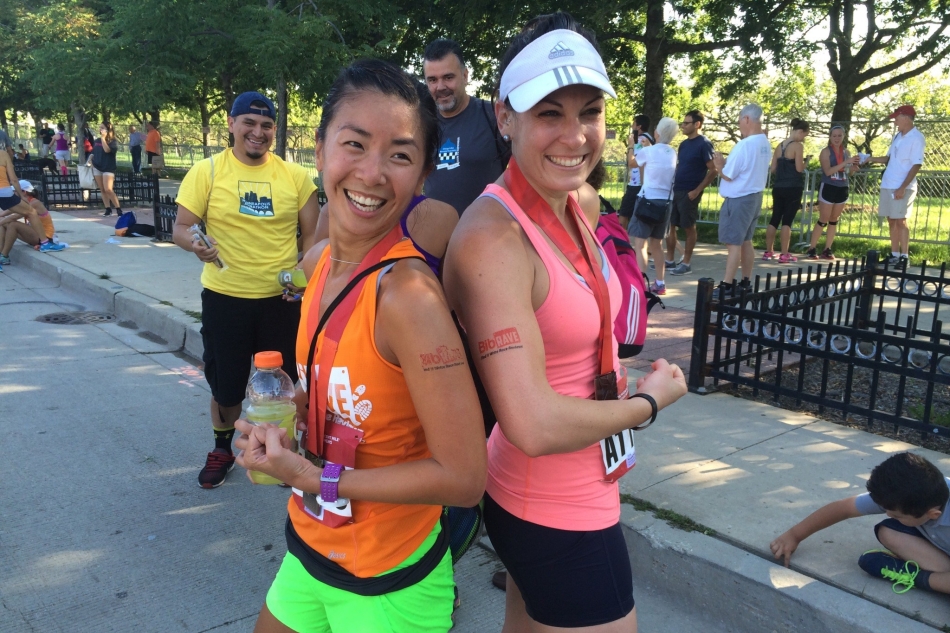 Women’s running has been “hot” for a while, but the recent surge of amazing American Marathoner success at the elite level has created even more excitement around women in the sport of running. While it’s old news that female race participation surpassed male race participation years ago, we continue to talk about this stat. It seems like old news. But when I hear about races and running culture in other countries that struggle to drive up female participation numbers, I’m reminded why this is an important topic, and why the introduction of women’s races were so important to launching this movement. Women’s running events are critical today to continue the momentum, ensuring women continue to participate in the sport by providing safe and welcoming environments for participants of all abilities, shapes, and sizes.

But, why does it all matter, and what impact do women’s races really make on the sport? As someone who grew up unathletic, the idea of running, physical sport, and athletic achievement did not come naturally to me. Running is SCARY. Visions of “runners” conjured up svelte, skinny, hardcore-looking dudes pounding the pavement – NOT visions of me sucking wind, face twisted in agony, groping my side due to side stitches. I definitely got the vibe that “this isn’t for me.” The movement that has shifted the tide of running to become the ultimate “inclusive” sport is this notion that anyone can be a runner.

It mattered that the person who convinced me to run my first Marathon was not my naturally athletic husband who ran on the regular to stay fit. It was my girlfriend Cherie who, like me, struggled to stay consistent with exercise and fitness. If she said I could do it, and was also willing to try, maybe I could! Cherie and I ran our first Half Marathon together, and we targeted the Nike Women’s San Francisco Half Marathon as a goal race together.

When you dive into the history of women’s road races, I immediately think of the Avon series.

The first Avon International Marathon was held in Atlanta, Georgia in March of 1978. Not surprisingly, that was one year after the sports bra (back then dubbed the “jogbra”) was born. And can I just get an “amen” to that! Similar to my experience just a few years ago, decades ago seeing large groups of women participating in road races shifted the idea that “running is not for me” to “I can relate to those people” and “maybe I can do this.”

But, why is this important to women and girls now?

Recently, I’ve loved seeing the excitement around the upcoming DC Wonder Woman Run Series. Women Woman represented a break from the “damsel in distress” female image, and she continues to represent power, strength, and grace for women and little girls all around the world. Now you can channel Wonder Woman’s power and spirit with hundreds and thousands of other women at an upcoming 5K, either in-person in Oakland, San Jose, LA, San Diego or virtually. The image of city streets filled with Wonder Women, each tackling and conquering their own goals – maybe their first 5K, maybe a PR – is a good reminder that while we may only don on Wonder Woman gear on race day, we’re all Wonder Women everyday of our lives.

So grab a girlfriend, your mom, your sister, your daughter – and get out there! Channel your inner SHE-ro for every single step of your own Wonder Woman 5K. We may not be able to wear capes every day, but we can relish it for 3.1 miles and let the energy of Wonder Women around us to inspire us!

Register for the DC Wonder Woman Run Series and use code “WWBIBRAVE” to get 10% off!

2 comments on “Why Women’s Races Matter”

Join us Tuesdays at 8pm CT for #BibChat

My Tweets
Join 234 other followers